We have a very experienced and passionate team of doctors here at Broadview Animal Clinic. Each one of our doctors practices the highest level of veterinary medicine with the  principles of Broadview in mind: Providing quality care at affordable prices. Please find a brief synopsis of each doctor below and as always feel free to contact us with questions about any one of our doctors. 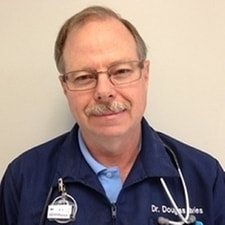 Dr. Davies was born and raised on a cattle ranch in eastern Colorado. He attended CSU and received a degree in Microbiology. Before attending Veterinary school, he worked with the longtime owner of Broadview Animal Clinic, Dr. Wingert. After Veterinary school, he returned to Broadview for ten years then later moved to Bay City, Michigan. He spent another nine years in Michigan practicing medicine. After leaving Bay City, he returned to Denver and has been back at Broadview since June of 2005. At home, Dr. Davies enjoys his two golden retrievers, one french bulldog, and cat. 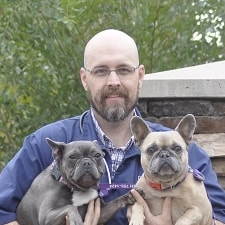 Dr. Rucker was born and raised in a small town in Kansas. He attended Kansas State University receiving a degree in Animal Science before going on to veterinary school. Dr. Rucker received his DVM in 2003 and moved to Colorado with his wife shortly after. He has been practicing veterinary medicine in the Denver metro area since 2003 practicing both small animal medicine and equine field service. Dr. Rucker joined Broadview Animal Clinic in the spring of 2011. When he is not providing top quality care to Broadview's patients, he enjoys spending time with his wife and two beautiful daughters, as well as reading, landscaping, and skiing when he gets a chance. Dr. Rucker has two adorable French Bulldogs, Daisy and Rosie, which you can see pictured here. 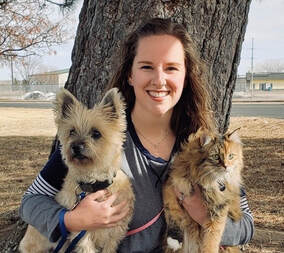 Dr. Emily Hill was born and raised in Castle Rock, CO. She earned her Bachelor of Science degree in Biology (2016) and her Doctor of Veterinary Medicine degree (2020) at Colorado State University in Fort Collins, CO. Dr. Hill loves working with all sorts of critters but what she enjoys most of all is the human-animal bond. She and her husband have a Cairn Terrier named Leia and a cat named Fiona. In her free time, Dr. Hill enjoys reading a good book and exploring the great outdoors, whether it be on foot, horseback, or on the water. 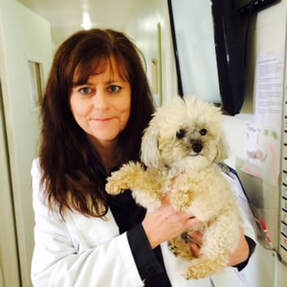 Dr Kubacki was born in Denver and raised in Golden and Arvada, Colorado.  She has practiced small animal medicine and surgery in Colorado for over twenty years.  Dr Kubacki earned her B.A., from UC, Davis, California, with major in Zoology and minor in Psychology 1992.  That same year, she completed Army Officer Basic Training.  Dr Kubacki received her D.V.M, from CSU College of Veterinary Medicine & Biomedical Sciences in 1997.  Dr Kubacki worked at Broadview Animal Clinic from 2000-2009, then she started a family and spent several years working closer to home, most recently in Lakewood.  She is excited to return to Broadview, now that her twins are teenagers.  In her free time, Dr Kubacki enjoys all activities with her twins, family visits and hikes in Colorado Springs, as well as playing guitar and riding her motorcycle.  Her family includes two dogs Daisy and Dixie and Water dragon Jeremy. 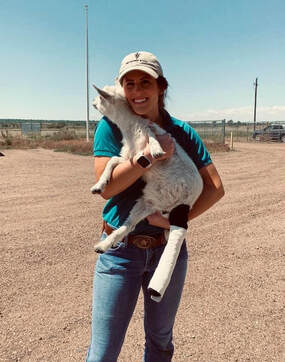 Dr. Ashley Ferguson was born and raised in Dallas, Texas. She earned her Bachelor of Science Degree in Animal Science (2017) and her Doctor of Veterinary Medicine Degree (2022) at Oklahoma State University in Stillwater, Oklahoma. Dr. Ferguson has a passion for all animals; large, small or exotic. She was able to gain a lot of invaluable experience at places like the 6666 ranch in West Texas, the Dallas Zoo and even South Africa! Upon visiting our clinic, she immediately fell in love with our team and knew she found her veterinary home. She has family from Colorado, and after visiting them for years, she knew she always wanted to place roots in this great state. She moved to Colorado with her Australian Shepherd named Folsom. In her free time, Dr. Ferguson enjoys archery, hiking with her dog, live music and exploring the world.
​
Hours And Contact
Please call for current wait times as we experience a high volume of walk-ins throughout the day.
We hold staff meetings on the third Thursday of every month from 12:00 PM-1:30 PM and are closed during that time.
If you are experiencing an emergency, please contact Alameda East Veterinary Hospital at (303) 366-2639.
Providing Quality Care At Affordable Prices To Colorado For Over 60 Years
Photo used under Creative Commons from Hasan Karagülmez